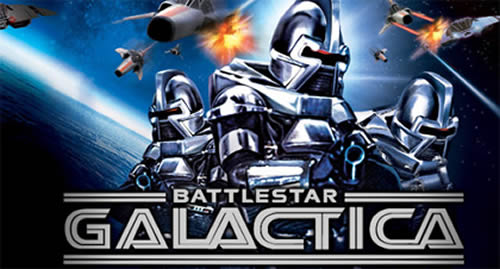 Frackin’ hell! As someone who genuinely enjoys the sci-fi genre you’ll be horrified to know that I’ve never watched the critically acclaimed Battlestar Galactica TV series. Not that I’ll have to hurriedly rectify that misdemeanor as plans are underway for a Battlestar Galactica movie which will have no relation to the series.

According to Variety a ‘complete re-imagining of the story‘ is the angle the movie will take with Glen Larson, the original series creator from the 70s, already signed onto the project. Rumours suggest that the film will be a complete reboot of the franchise for the big screen alone, ignoring the mythology from the 70s and more recently the cult TV series from the mid-2000s.

Transcendence scriptwriter Jack Palgen has been drafted in to pen the screenplay but so far there’s now word on a possible director or cast members.