Jeez! Write one Star Wars post and another one comes along right after it. Disney, Lucasfilm and J.J. Abrams have announced today the confirmed cast for Star Wars Episode VII [...]

The old Internet rumour mill is spinning wildly out of control concerning all things Star Wars these days. The latest juicy bit of galactic goss is that actor Harrison Ford [...]

The be-eyebrowed model Cara Delevingne will join the cast of the Peter Pan reboot due to start filming later this year – (The Mirror) Indie directors lined up for [...]

New Zealand has been announced as the country of choice for producers to film the much-anticipated Crouching Tiger Hidden Dragon prequel. Production on the project will begin [...]

According to the Sunday Times the classic British TV series Dad’s Army is to get a big screen reboot with Toby Jones and Bill Nighy filling out the cast. The original [...]

Disney’s much anticipated remake of The Jungle Book could be adding two very strong female leads to its cast in the form of Scarlett Johansson, (The Avengers), and [...]

(Pic via Vin Diesel’s Facebook Page) Following the tragic death of actor Paul Walker last year a lot of doubt has hung over the production of the 7 Fast 7 Furious , [...] 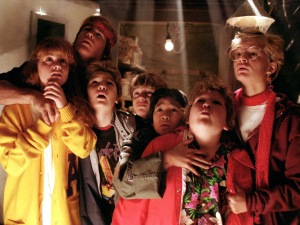 Following director Richard Donner’s surprise announcement earlier this month that a sequel to the 1985 cult classic The Goonies is actively now in development a lot of [...]

Following the critical and box office success of Gareth Evans’ sequel The Raid 2, currently on general release, the Welsh director has confirmed that his next film will [...]