There have been over 30 movies in the past 50 years which have been about or featured the legendary Greek hero Hercules. Now director Brett Ratner, (Rush Hour, Tower Heist), [...]

Once more I have to state the obvious. If you don’t want two thirds of the plot of this movie spoiled before you buy your ticket to see it, then do not watch this [...]

If news that oiled-up, volleyball playing hot shot pilots were set to return to your cinema in Top Gun 2 didn’t excite you enough, then hang on to your cod piece as a [...]

Hell, why not. It’s only been around 30 years since the original and let’s face it Tom Cruise hardly looks any older. According to Jerry Bruckheimer Top Gun 2 is [...]

For every die-hard TMNT fan out there, (and according to Twitter there seems to be a lot), who’s currently in the middle of a Dorito fuelled temper tantrum over this [...] 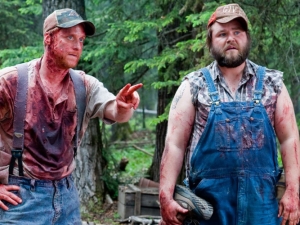 I have yet to watch the horror comedy Tucker & Dale Vs Evil but it comes highly recommended from a number of sources. It’s essentially about two guys who go on [...]

In news that no self-respecting Indiana Jones fan ever wants to hear, Hollywood may be getting ready to replace Harrison Ford with Bradley Cooper in a fresh reboot of the [...] 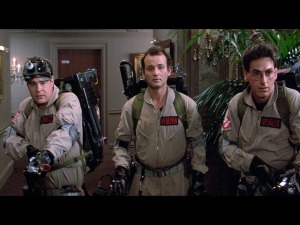 There’s been a tidal wave of speculation over the future of Ghostbusters 3 following the recent death of Harold Ramis, then the announcement from Ivan Reitman that he [...]

Universal recently announced that a director has been found who will take directorial duties over the planned reboot of Scarface. Just in case you didn’t already know [...]

Back in 2004 Sarah Michelle Gellar, fresh from Buffy The Vampire Slayer fame, signed on to star in a remake of Japanese horror movie (Ju-Un: The Grudge, simply re-titled The [...]