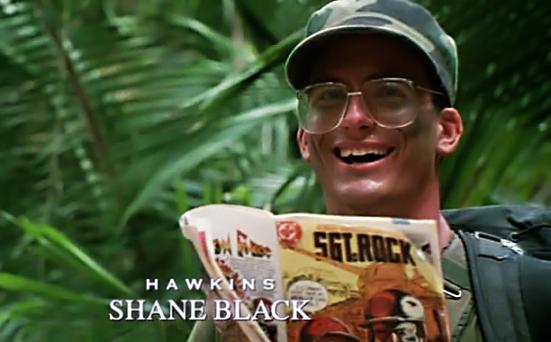 When this story originally broke at the beginning of the week it was reported that the Iron Man 3 director Shane Black was to helm a Predator reboot.

Now it seems that 20th Century Fox are in fact looking for a direct sequel which was confirmed when Black gave an interview with movie website Collider, stating that although he will have a say in the outline of the story Fred Dekker, who wrote the scripts for House and The Monster Squad will pen the screenplay. Black also explained that he wants to use all the ‘rich mythology‘ the property has to offer to construct an inventive sequel rather than a studio reboot.

This really does excite me on a number of different levels, finally after nearly 20 years we have the re-teaming of Shane Black and Fred Dekker whose last joint offering was the cult classic The Monster Squad, working on a sequel to an original movie Shane Black actually starred in opposite Arnie, as the wise-cracking, bespectacled Hawkins.

This news doesn’t get much better for a self-confessed fanboy like me and I can’t wait to find out what Black and Dekker, (get it?), have to offer.