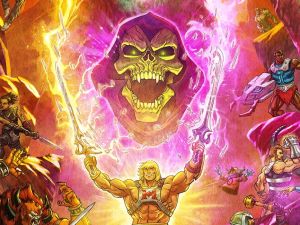 Middle aged fanboys are raging about another cartoon series. This time it's He-Man's turn. [...]

Studio interest has been expressed, Jason Mewes is on board to reprise his role of Jay and Kevin Smith has written the script. Yep, a  Jay & Silent Bob reboot looks to [...]

Personally speaking I think Mallrats is Kevin Smith’s finest movie and so it fills me with happiness that the director is now planning to film a sequel nearly 20 years [...]

During a recent interview with Speakeasy, to promote his new horror movie Tusk, film director Kevin Smith opened up about his passion for the original Jaws movie and his idea [...]