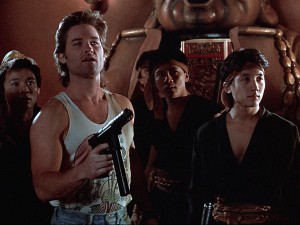 Will Kurt Russell return? That’s the first question on everyone’s lips now that details have emerged that the Big Trouble In Little China, (BTILC) remake will now [...]

At the end of last year it was confirmed that Dwayne ‘The Rock’ Johnson would be taking the lead role in a reboot of the 1995 adventure comedy movie Jumanji. [...]

Baywatch was one of those Saturday evening programmes which was always on the TV in the background as you prepared yourself to go out hellraising for the weekend. Well [...]

Woooah Nelly! All sorts of Terminator 5 rumours are spilling out of the Internet’s iron belly today, as if it were a dead Tantaun on the planet Hoth. First off we have the [...]